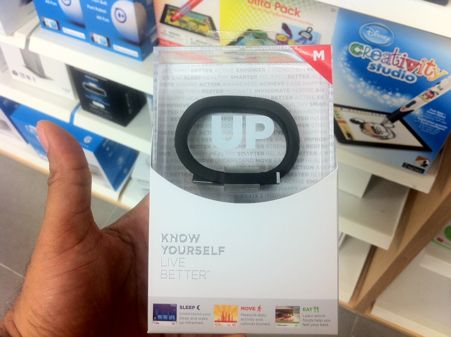 This being graduation season, I can’t help but hark back to my graduation from engineering school (lo those many years ago). I remember thinking about which company I would go with for my first job out of college. Seeing that the economy was much different then than it is now, I was fortunate enough to have a few options to consider when it came to that first job. Key questions I asked myself were:

While money was a significant part of my decision (I had been piecing together the stereo system I planned to buy for months), it wasn’t the biggest issue. I wanted to be able to look back at what I’ve done and feel like it mattered in some way. Most of all, I wanted what I designed to help people. I wanted to create tools that would make the lives of others easier. This sole factor ruled out certain employers and led me to choose my first place of employment as an engineer. While the outcome of my labors didn’t accomplish anything as noble as delivering water to the people of the Sudan, I was happy with what I was able to do.

In the past several weeks, I’ve had a chance to talk to a variety of engineers, web & software developers, and even some advanced Artificial Intelligence researchers. These are the people who, by and large, determine what technology impacts our lives and how that technology is used. The design choices they make everyday while creating new products directly impact the way we live our lives. In my conversations with these creators, there was one common thread that united them. When I asked, “What drives you to create/design/invent these products?”, all of these technologists gave answers that included a sentiment similar to mine:

While the desire to “make something cool” is also a common motivation, the goal of helping others live a better life is part of the core that drives most people who create. And that, by the way, is a good thing.

While at first it may appear that a better life is something easy to define (less work, more free time, less pain, more pleasure), the definition becomes complicated fairly quickly. How should one live one’s life?

Is a life free of work better than a life filled with honest, purposeful labor?

Are daily tasks, such as cooking dinner or driving a car, mundane efforts that should be automated to free us?
Or are they areas of personal expression that make up part of our humanity?

Is the ability to live several decades beyond the normal human lifespan a worthwhile thing?
Or does it harm the normal cycle of birth, living, and death that is replicated everywhere in nature?

It is impossible to answer these questions without taking personal stance on how life should be lived. That stance, I would argue, is a moral stance. A personal statement defining what the inventor/designer believes is right and good. This stance determines what technologies get researched, what concepts move forward, what features are included, and what product gets released. When this product is released into the world, it performs two separate functions. Firstly, it (hopefully) functions as a tool for the end user, providing useful service or assistance. Secondly, the product serves as documentation of what the creator believes is valuable and important in this world.

A good example of this phenomenon is Henry Ford and the Model T. When the Model T was released in 1908, it was in many ways a personal statement of how Ford saw the world. While there were other vehicles available at the time, they cost much more than what most people could afford. Ford viewed the freedom and independence offered by personal transportation as a part of life that is important for all people. He specifically priced the Model T to be affordable for much of the working population. Ford also put little value on sentiment. He felt that what a person could do was more important than what that person’s title or education was. This was reflected in the Model T’s function-first design, which lacked ornamentation and was only available in black. The Model T was groundbreaking product that changed design, culture, and society in ways we are still feeling today. It was also a Henry Ford’s personal manifesto on wheels.

(BTW – I pulled these observations on Henry Ford and the Model T from PBS’s American Experience Series – The Titans, which is currently available online. I highly recommend checking it out.)

If designing products to make life better is a moral act, then that leaves both creators and consumers with a few key questions to ask:

1. Can engineers/designers/inventors who are Christian separate the things they create from what they believe? (Believe me – I’m asking myself this question just as much as I’m asking you, dear reader…)

2. What do current products such as the Jawbone UP (pictured), Gmail, and Twitter say about their creator’s beliefs? What moral decisions regarding “a better life” do these products communicate?

In my next post, I’ll take a critical look at some of the more popular technology products to see if we can discern what they say about their creators.

One thought on “Better Living/Design is a Moral Act”